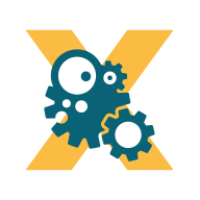 The 2 already existing modes "last user in project role..." don't reassign the issue when current assignee is in selected project role, while these 2 new modes do it.