Condition and validation based on JQL query

Field codes in format %{nnnnn} can be inserted in the JQL query. They will be replaced by the corresponding field values at JQL execution time. Most of the times you will require to introduce one or more field codes in your JQL query, since you usually want to make some kind of reference to current issue (%{00015}), current user (%{00020}), current date (%{00057}), assignee (%{00003}), etc.

In the following screenshot it's shown the way to config a validator in transition "Create Issue", in order to prevent issue creation whenever there already is an issue with the same summary, and same issue type, in the same project: 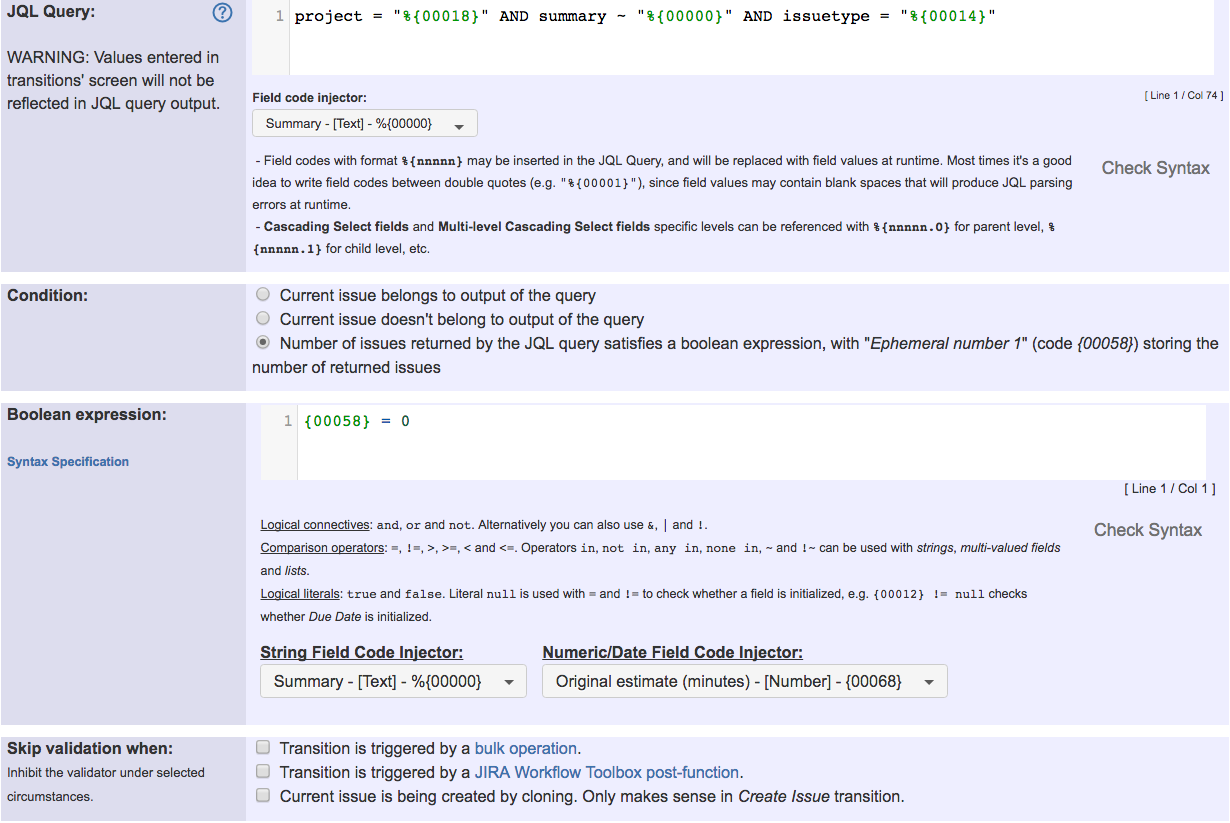 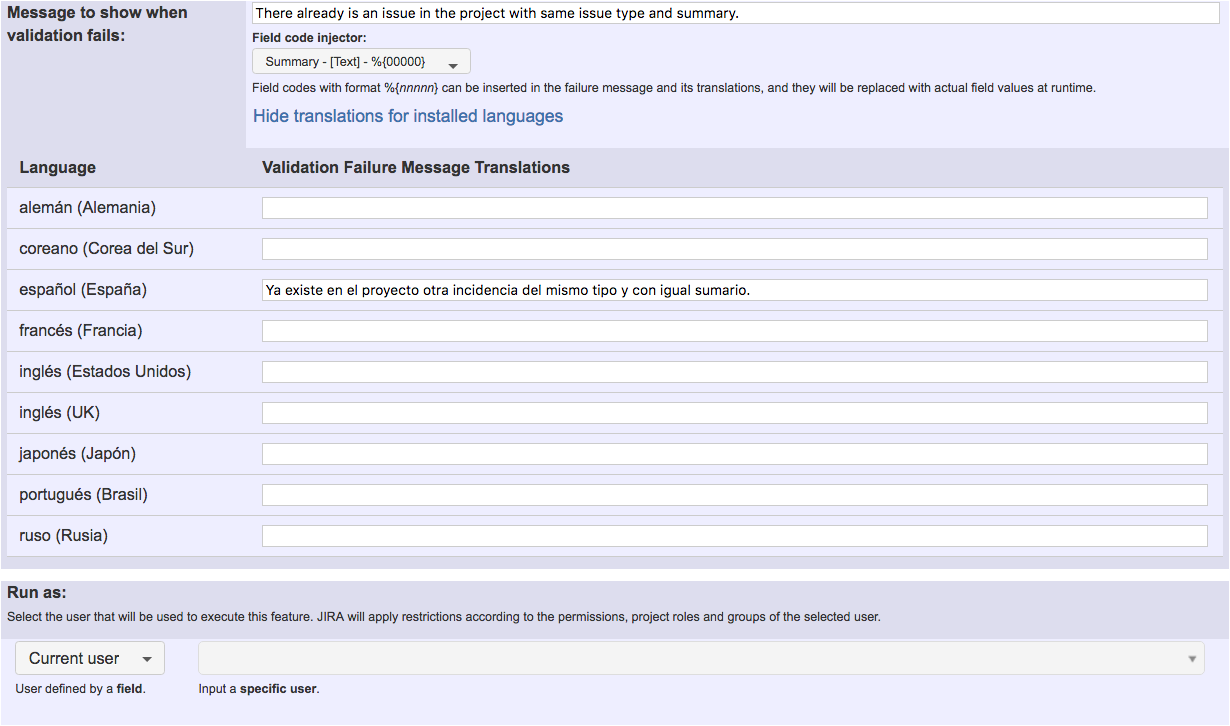 This might not work for issues where the summary contains special characters since the default search will be performed as a fuzzy search. 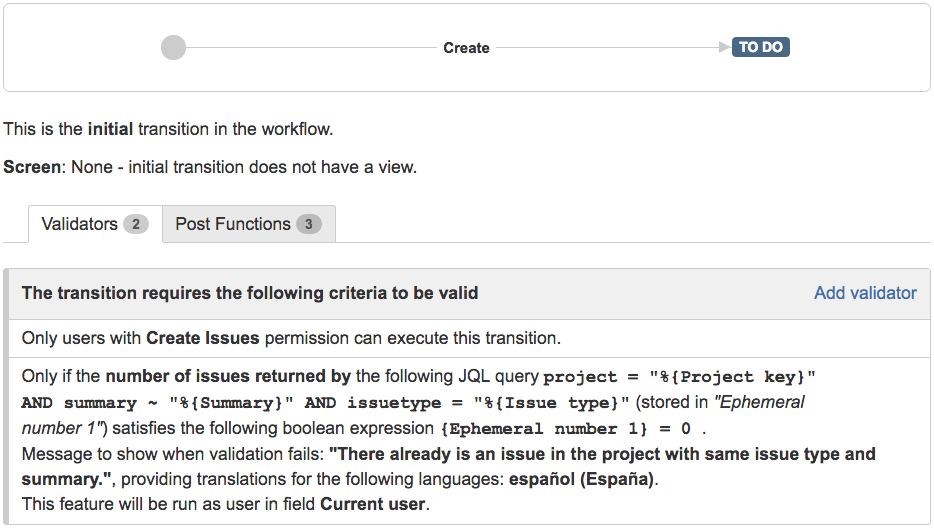 This parameter is a JQL query which can contain field codes in format %{nnnnn}. This query will be run when the validator is invoked by transition execution, but previously all field codes will be replaced with its corresponding value. In most cases these field codes are used to refer to current issue, current user, current project, current date and time, etc.
As a result of JQL query execution we get a set of issues, and we will make our condition or validator depend in a certain way of them.

When you write your JQL for selecting the issues you want to write, take into account the following advices:

When we enter our JQL query, a syntax pre-checking is carried out in order to verify that it's correctly written. But when we insert field codes in our JQL query, the definitive form of the query that will be executed is unknown, since it depends on the actual values of the fields in runtime. In these cases the syntax pre-checking is done with speculative values given to the fields, and it might happen that fake syntax errors are reported. In order to inhibit the JQL syntax pre-checking you should enter // at the beginning of the line. Those characters will be removed in the actual JQL query that will be executed.

This parameter sets the way we want to make our condition or validator depend of the result of the JQL query:

Syntax of these expressions is the same as used for Boolean condition and validator with math. date-time or text-string terms.