Jira Workflow Toolbox provides features for making issues automatically progress through the workflow. Issues that can be transitioned this way are:

Making issues progress through its workflow using a post-function

When the name of a status (e.g., "Open", "In Progress", "Closed", ...) is written into virtual field "Issue status" on another issue, that issue will progress through its workflow to that status, whenever there is a transition from current status to the new one, and conditions and validators in that transition are currently satisfied. Post-functions in that transition will also be executed, the same way they are when transition is triggered manually.

Obviously, if there isn't a transition from current status to target status in the workflow of the issue we want to move, it will remain in its current status.

Why is needed another virtual field: "Issue status (delayed writing)"?

"Issue status (delayed writing)" works like virtual field "Issue status", with the only difference that effective status change is carried out after transition execution in current issue (i.e., the issue executing the post-function) has been completed. On the other hand, when writing into "Issue status", status change is done immediately (i.e. within transition). This delayed way of writing is very useful when the issue you want to make progress through its workflow (sub-tasks, linked issues or JQL selected issues) is blocked by the status of current issue. The cause for this blockage might be a condition or a validator that depends on current issue's status, like Block or hide a transition for an issue depending on its issue links, Condition and validation on sub-tasks, Condition and validation based on JQL query and Boolean condition and validator with math. date-time or text-string terms.

These new fields are particularly useful if you have global transitions in your workflow, or if you have more than one transition available for going to target status. With them you specify which transition you want to be executed.

Sometimes we add transitions to the workflow, intended to be triggered exclusively by post-functions. In these cases we hide the transition to interactive (human) Jira users using condition "Transition is triggered by Jira Workflow Toolbox post-function".

Example: Automatically move issues to "In Progress" status once all its blocker issues are moved to "Closed", "Resolved" or "Done" statuses

In this example we edit 2 transitions in our workflows:

These 2 transitions might be in the same workflow, or belong to different workflows.

You can use any of these 2 validators in transition "Start progress" to block its execution until all blocking issues are in statuses "Resolved", "Closed" or "Done":
Validator Block or hide a transition for an issue depending on its issue links: 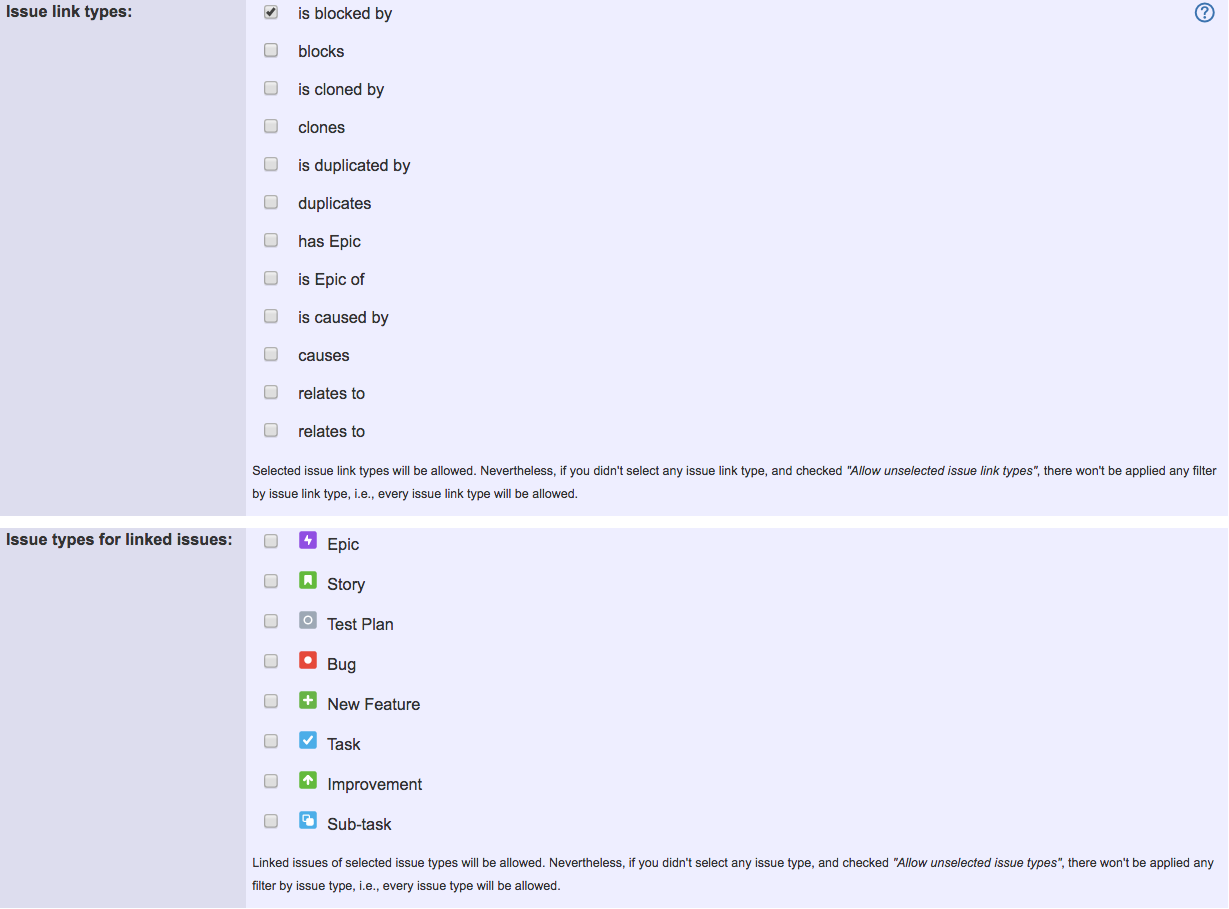 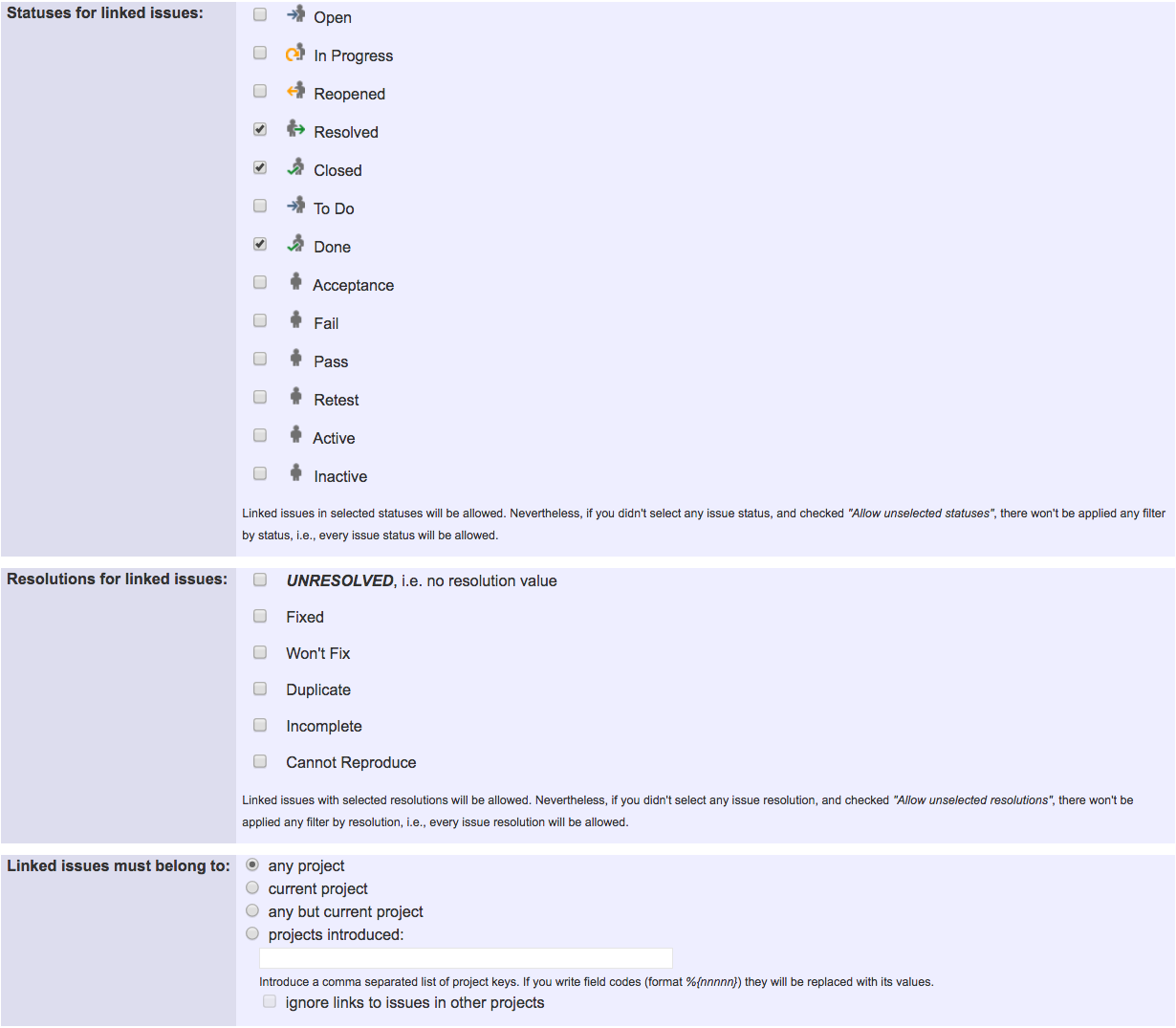 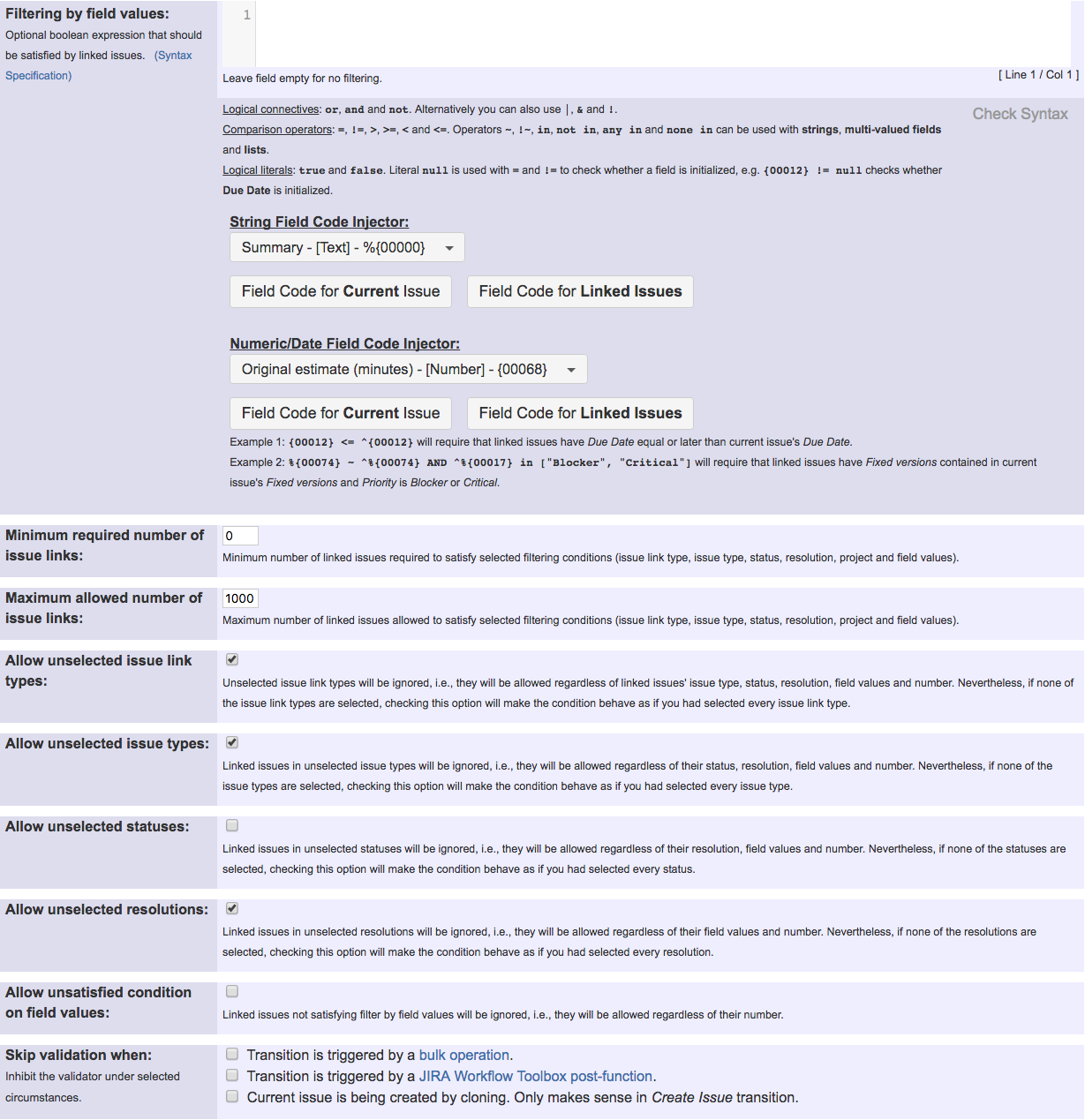 Once configured, transition "Start Progress" will look like this: 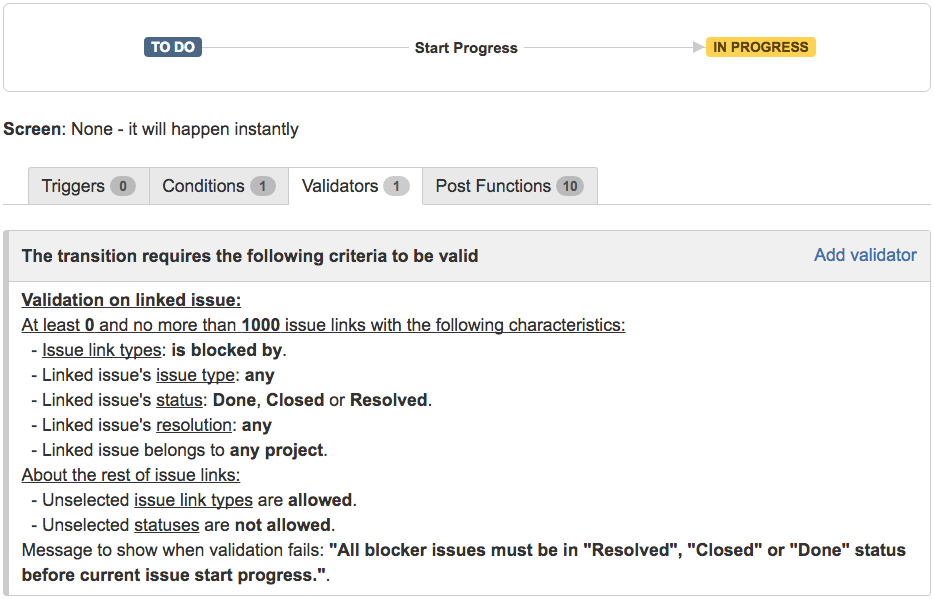 Validator Boolean Validator with math, date-time or text-string terms with the following configuration: 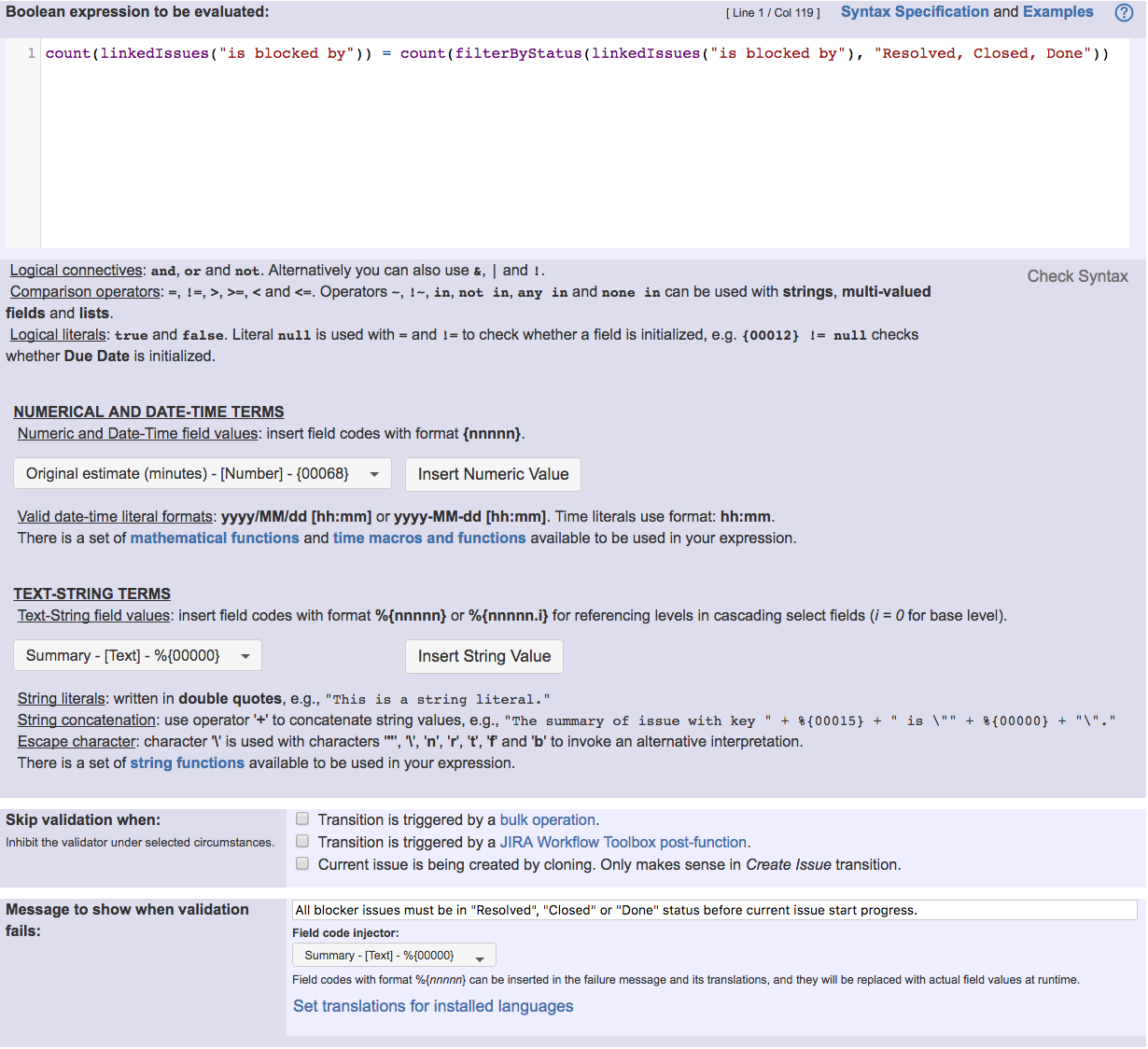 Once configured, transition "Start Progress" will look like this:

Use post-function Write field on linked issues or sub-tasks to write the name of the transition we want to execute into field "Issue status (delayed writing)" of blocked issue. We use a boolean expresion in order to check whether the rest of blocking issues are already resolved or closed, and only when this boolean expression is satisfied the writing operation is actually done: 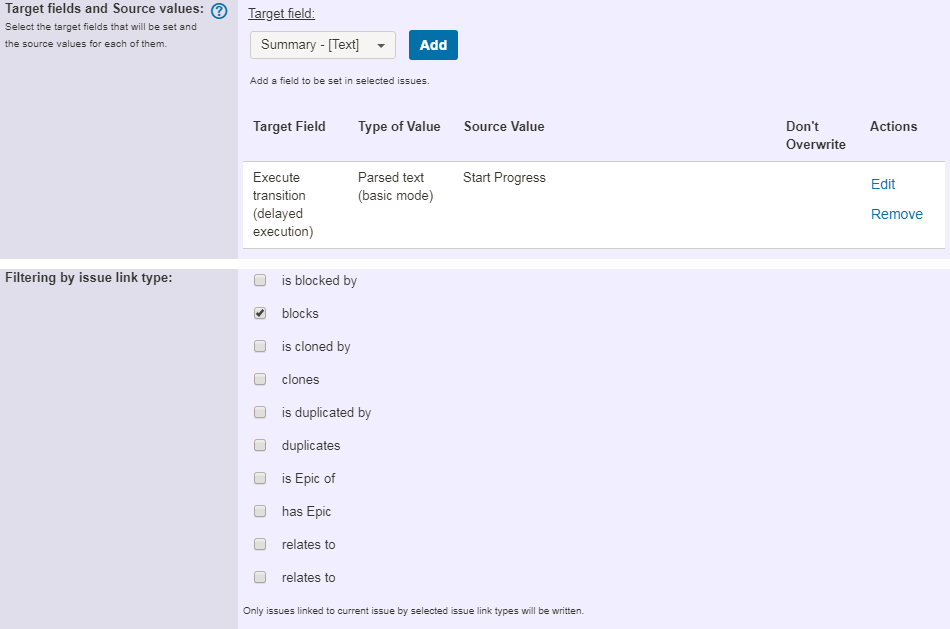 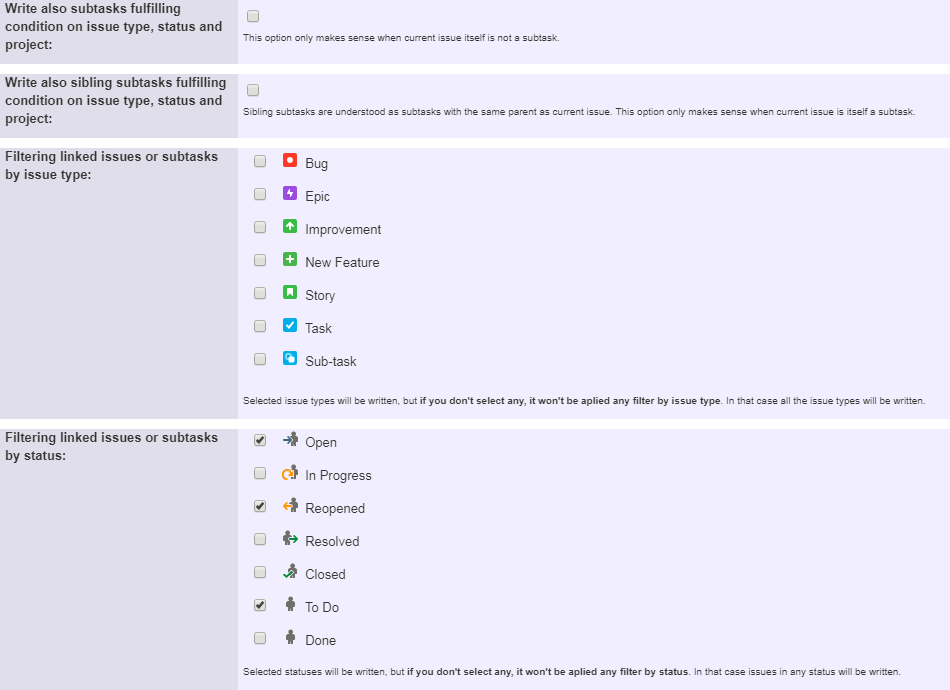 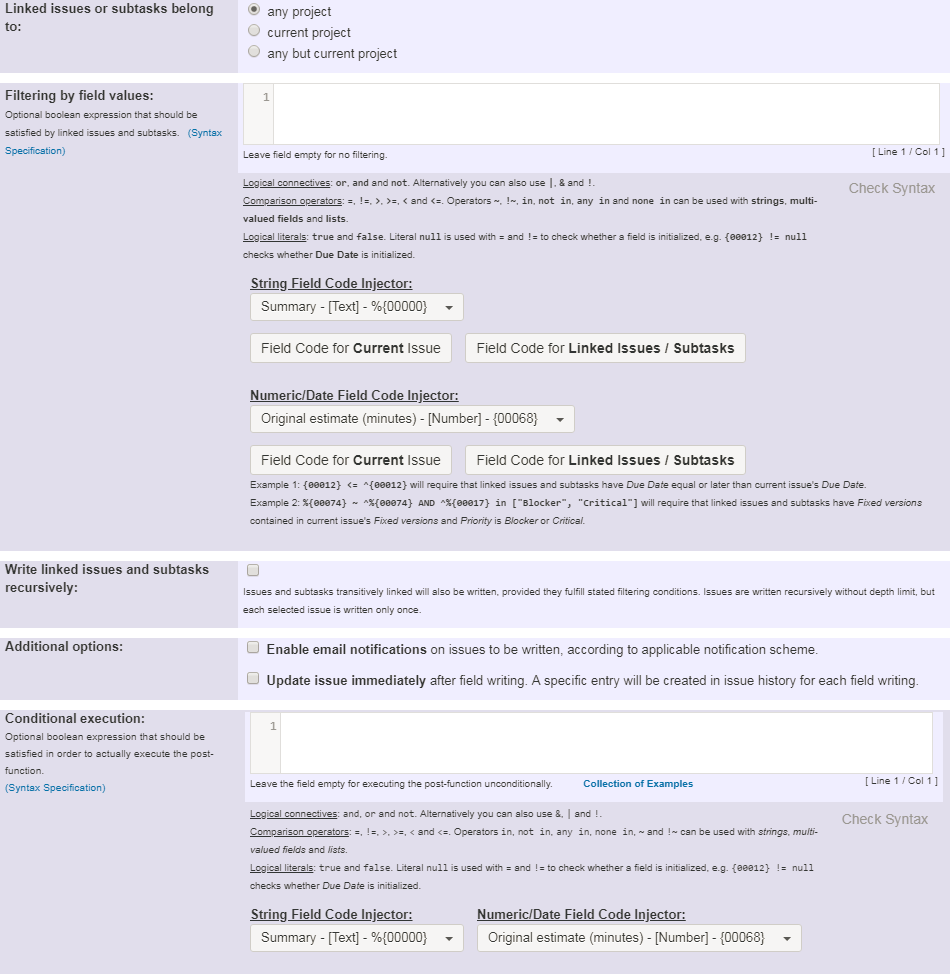 If you are using Jira 7.0 or higher with versions of Jira Workflow Toolbox older than 2.2.8, you should input the following boolean expression in parameter Filtering by field values:

This way it prevents the transition execution whenever the validation is not satisfied.

Once configured, transition transitions "Resolve Issue", "Close Issue" and "Done" will look like this: 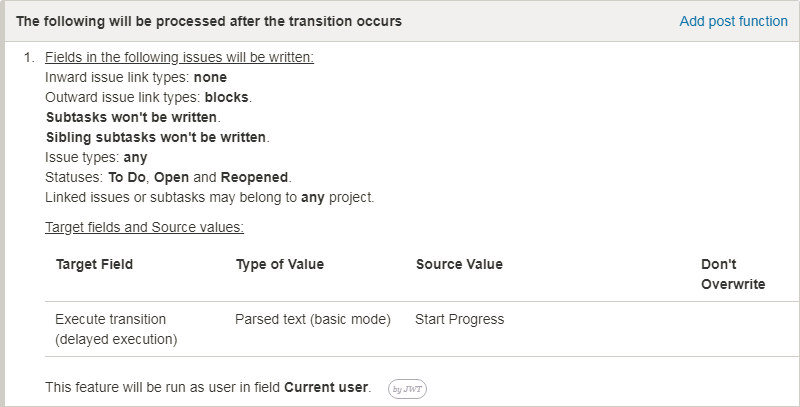 Other examples of that functions