Create a sub-task in each story of an epic

Example: Create a sub-task in each Story of an Epic

This is an example of creation of multiple issues based on seed issues using Create issues and sub-tasks post-function. We are going to insert a post-function in a transition of Epic's workflow in order to create one sub-task on each Story which is in status "To Do" or "Open".

We insert Create issues and sub-tasks post-function in a transition of Epic's workflow using the following configuration: 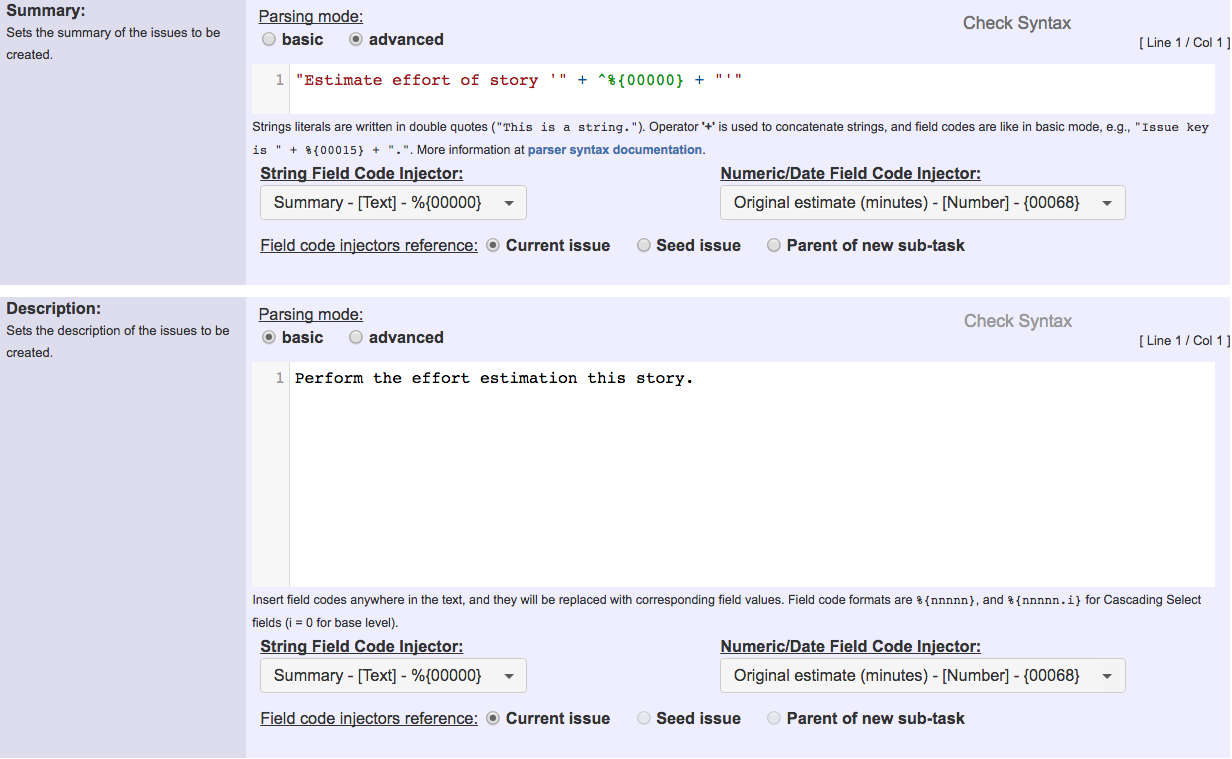 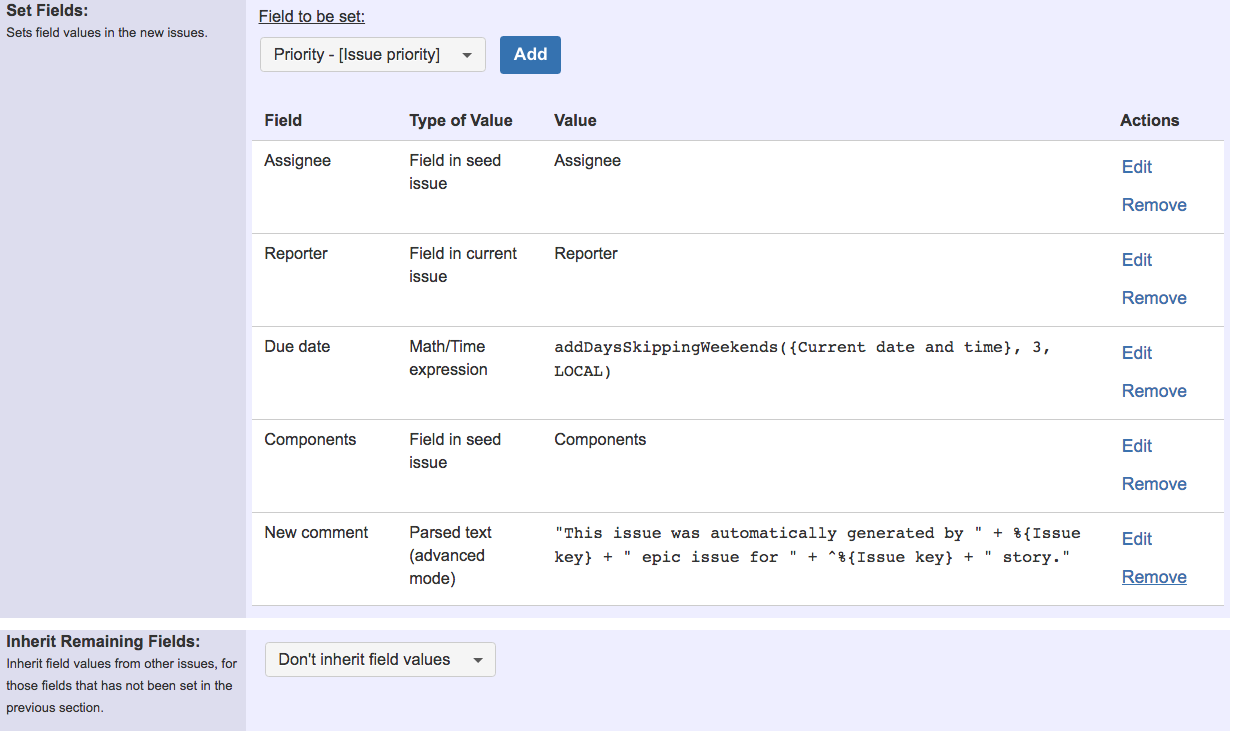 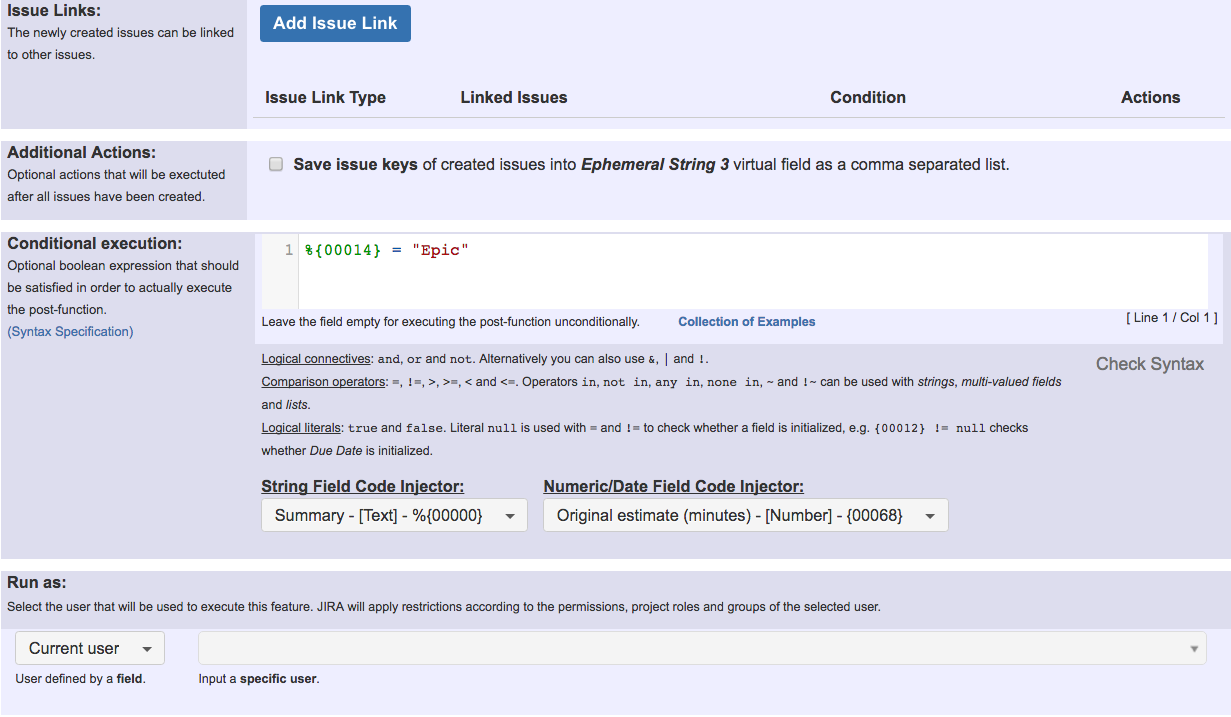 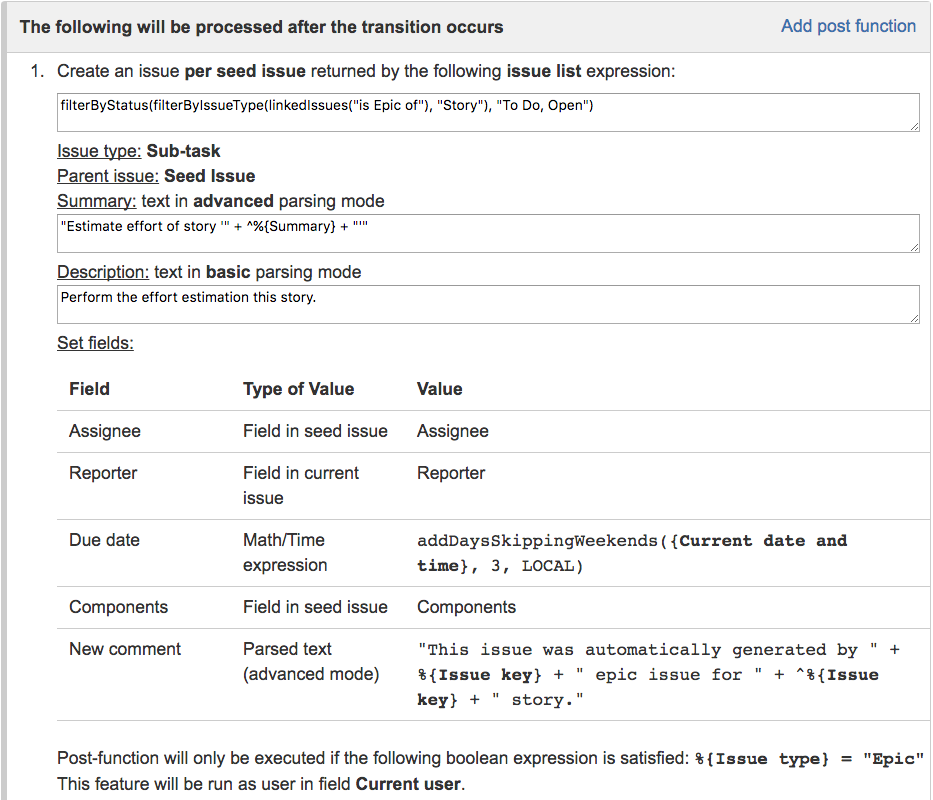 We use the following issue list expression for selecting those issues linked to the Epic (using issue link type "is Epic of"), with issue type "Story" which are in statuses "To Do" or "Open":

filterByStatus(filterByIssueType(linkedIssues("is Epic of"), "Story"), "To Do, Open")

As the issue type of the new issues is "Sub-task", we should specify a parent issue for each of them. In this case the parent issues will be the seed issues, i.e., each of the stories selected by the former issue list expression.

The sub-tasks will be assigned to the same user who has the parent Story assigned.

The sub-task will be reported by the assignee of the Epic issue.

The due date of the sub-task will be 3 days ahead skipping weekends.

We use the following formula: addDaysSkippingWeekends({00057}, 3, LOCAL)

An automatic comment will be created in each new sub-task.