This is an example of creation of multiple issues based on seed strings using Create issues and sub-tasks post-function.

We want that each new sub-task remains unassigned, and that the reporter is the user, who executes the transition in parent issue. The rest of the fields in the new sub-tasks will inherit from parent issue.

We use Create issues and sub-tasks post-function in a transition or the workflow of parent issue with the following configuration: 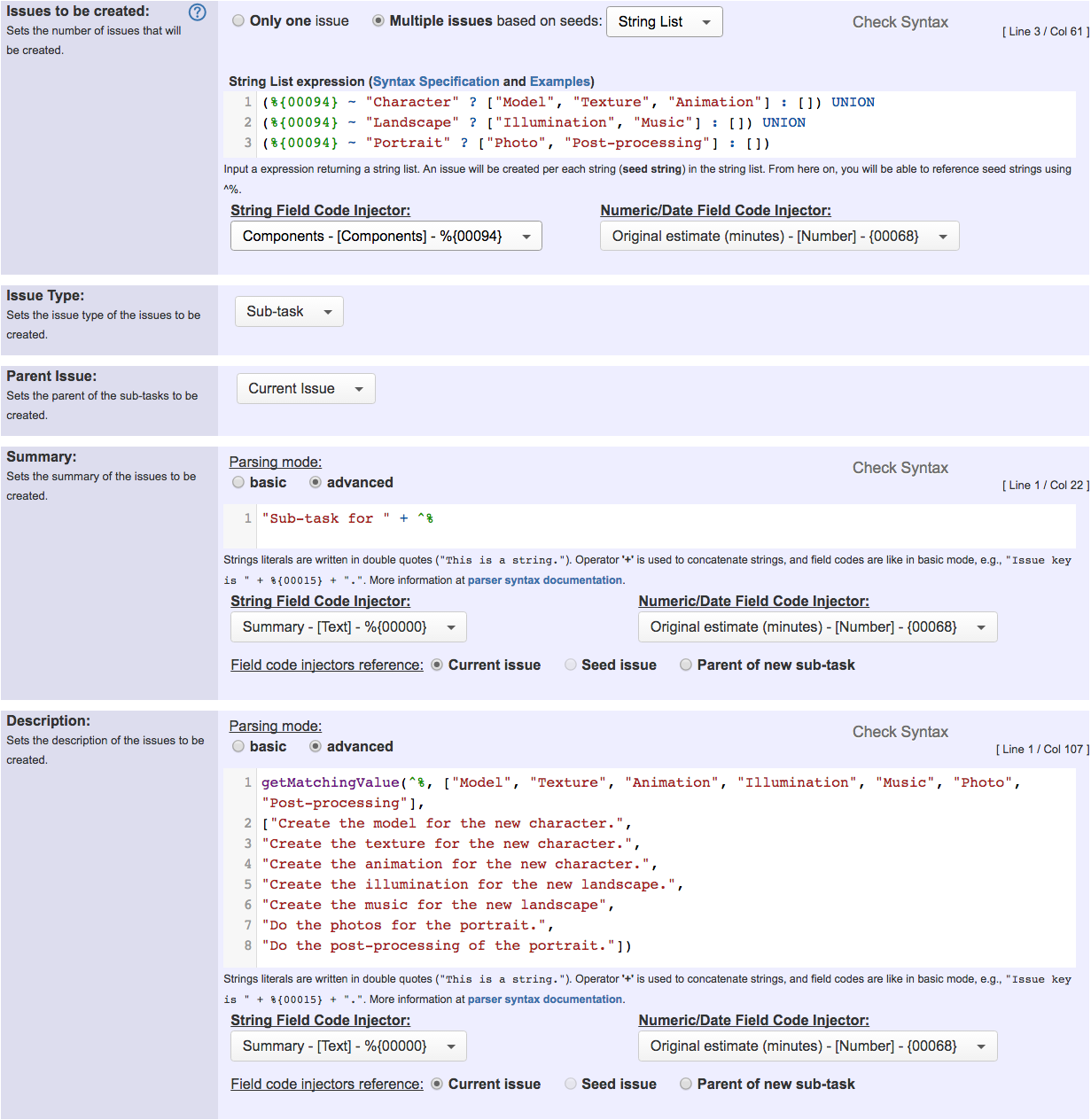 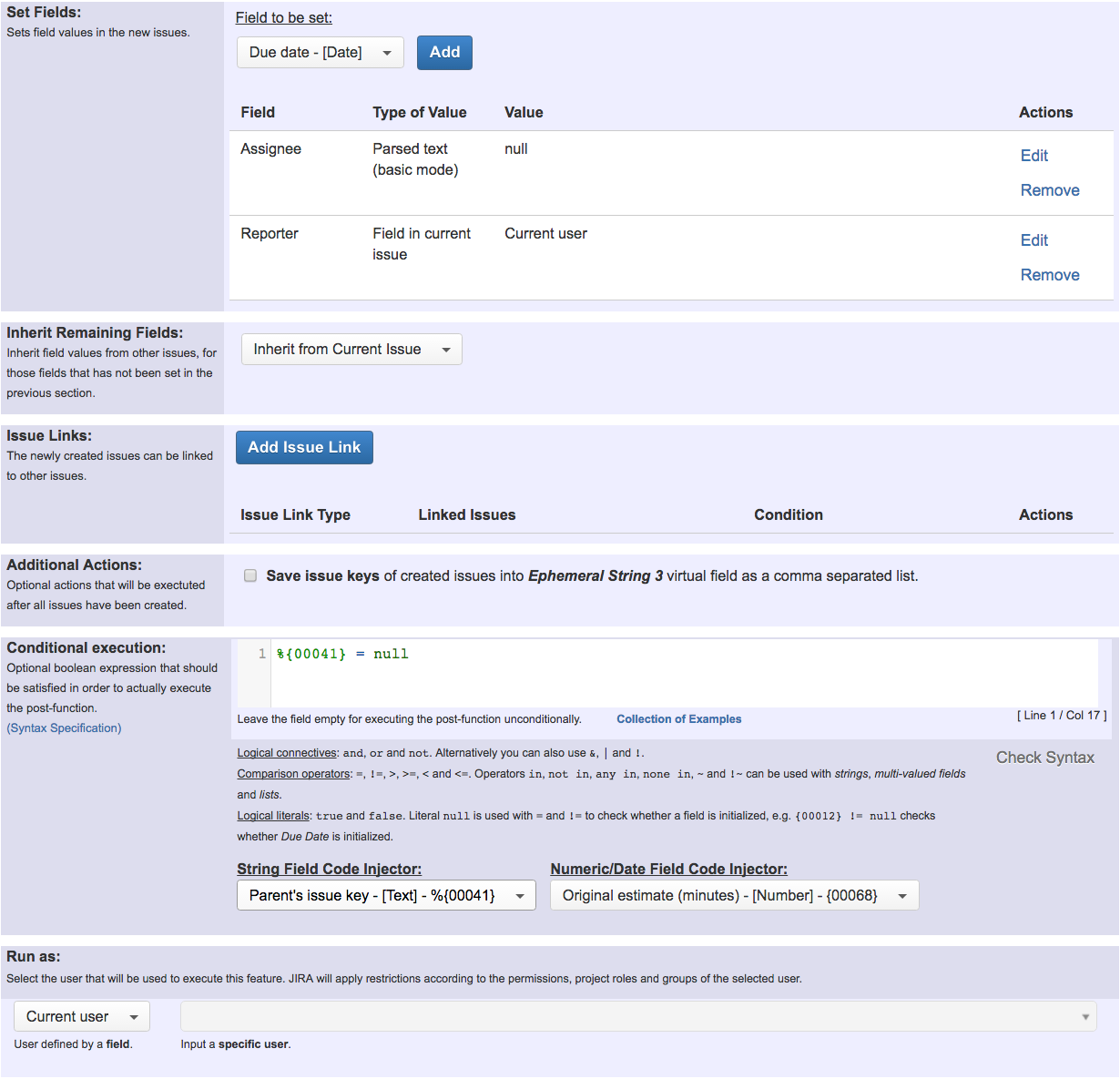 We are using the following expressions: 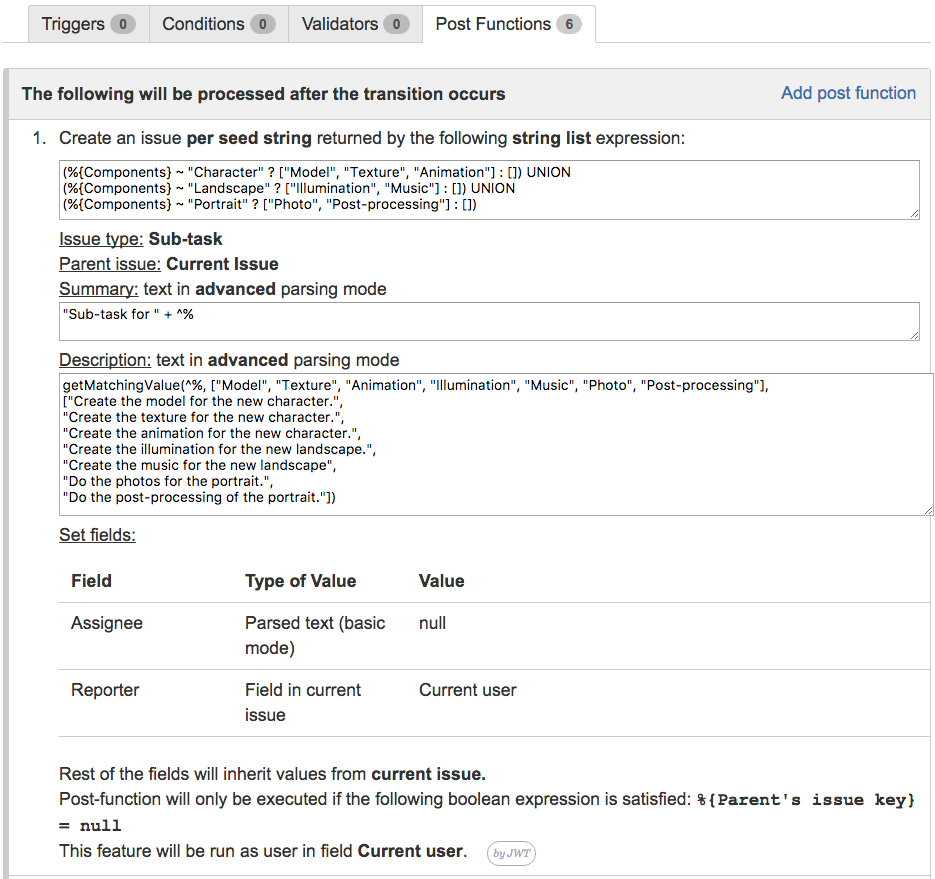 The workflow is shared between parent issue and sub-task, thus we are using Conditional execution with boolean expression %{00041} = null to avoid the post-function to be executed by sub-tasks.