Add watcher depending on security level

We want to add one or more watchers to current issue depending on its Security Level.

Let's suppose we have want to implement the following behavior:

We will add post-function Set a field as a function of other fields to transition "Create Issue" with the following configuration: 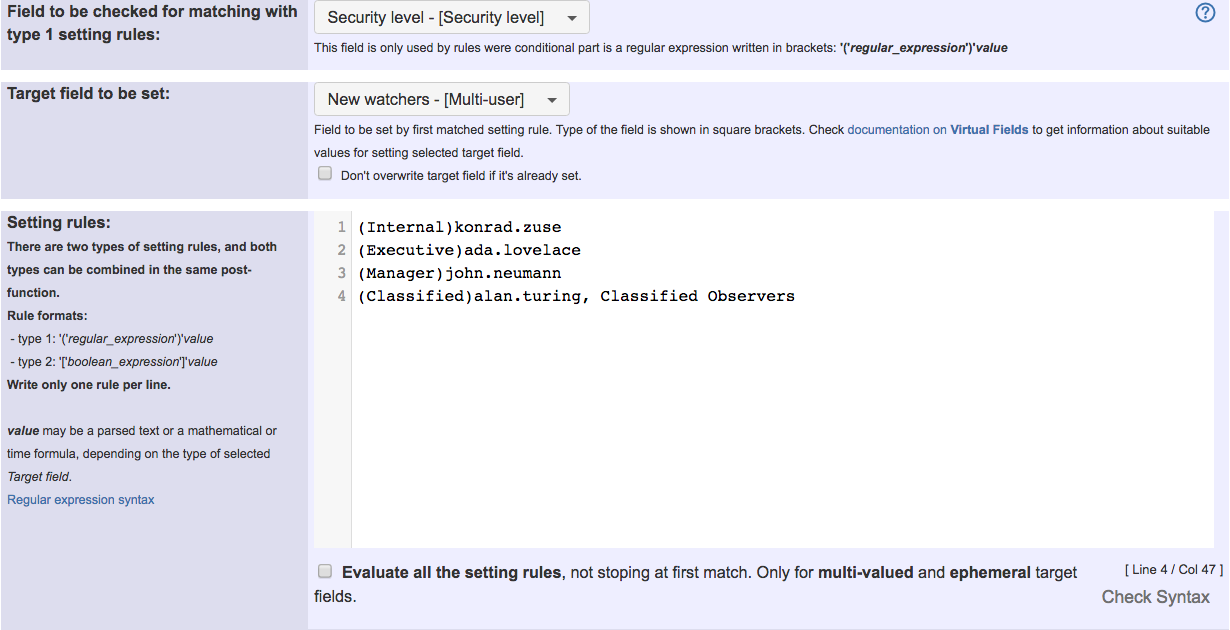 Setting rules used in this example are:

Once configured, transition "Create Issue" will look like this: 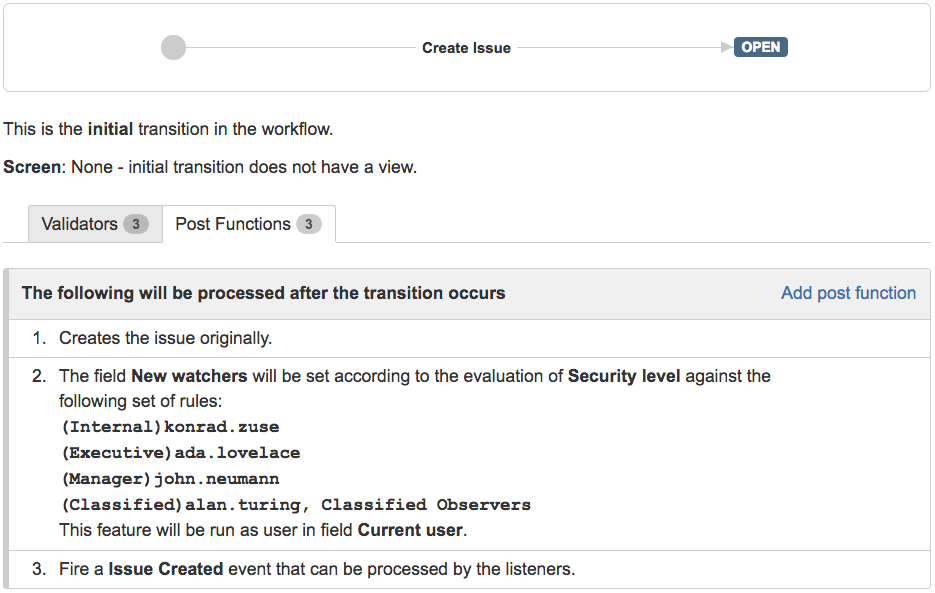