Parsing text from last comment and appending it to issue's summary

Example: Parsing text from last comment and appending it to issue's summary

I wonder if you can help me again with parsing text from an email that we receive (which shows in the comment obviously) to the end of the summary field of the the Jira ticket. An example of reply is:

We will implement it with 2 post-functions:

Parse field for extracting data with the following configuration: 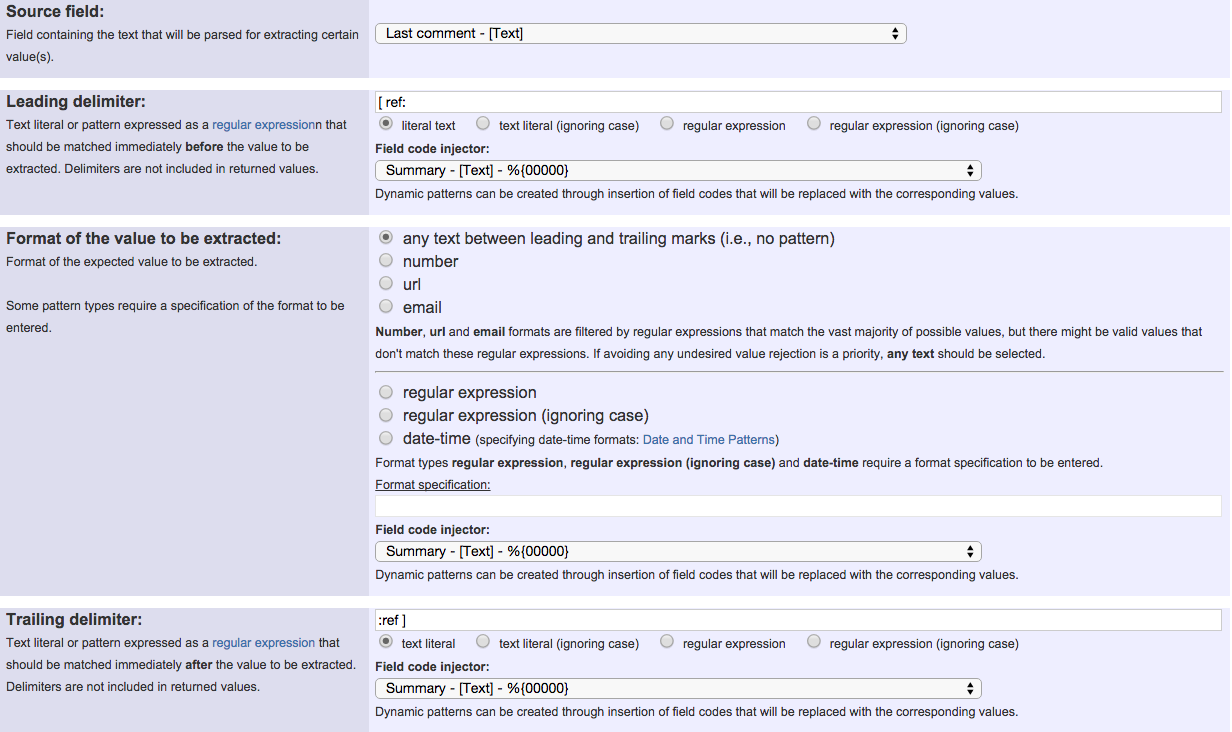 Copy a parsed text to a field with the following configuration:

Other examples of that functions

Copy parsed text to a field